Congratulations from Various Levels of Government 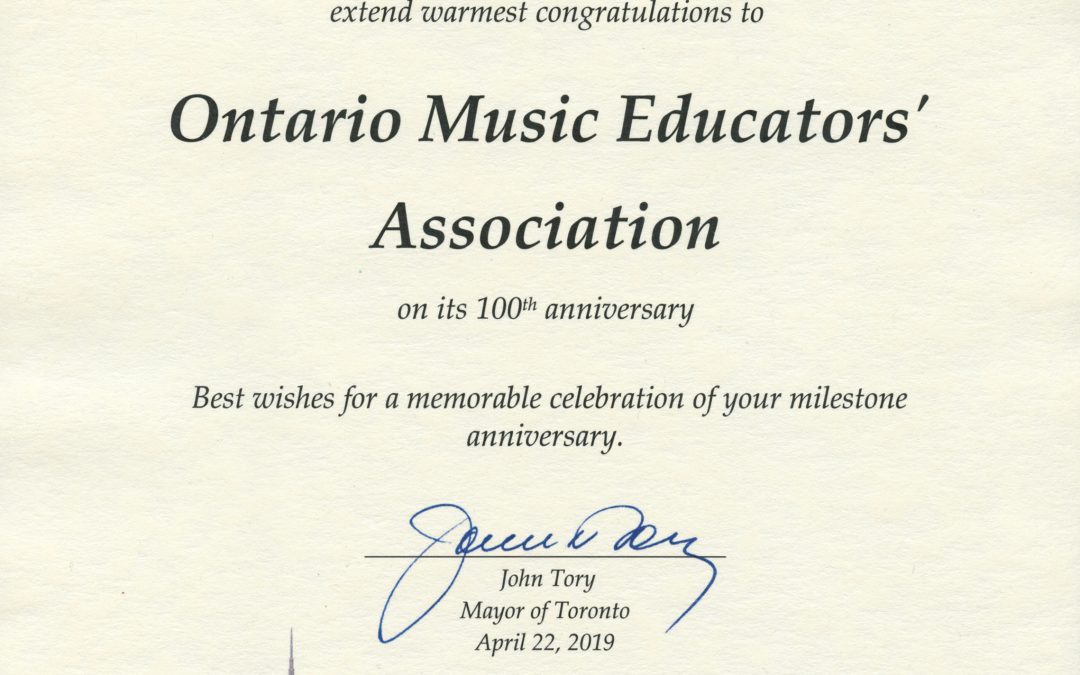 As the OMEA turns 100, we reached out to several levels of government for scrolls of congratulations to mark the occasion. We are thankful to have received scrolls from every level of government.

As the OMEA was founded in Toronto at U of T in 1919, we reached out to the mayor of Toronto 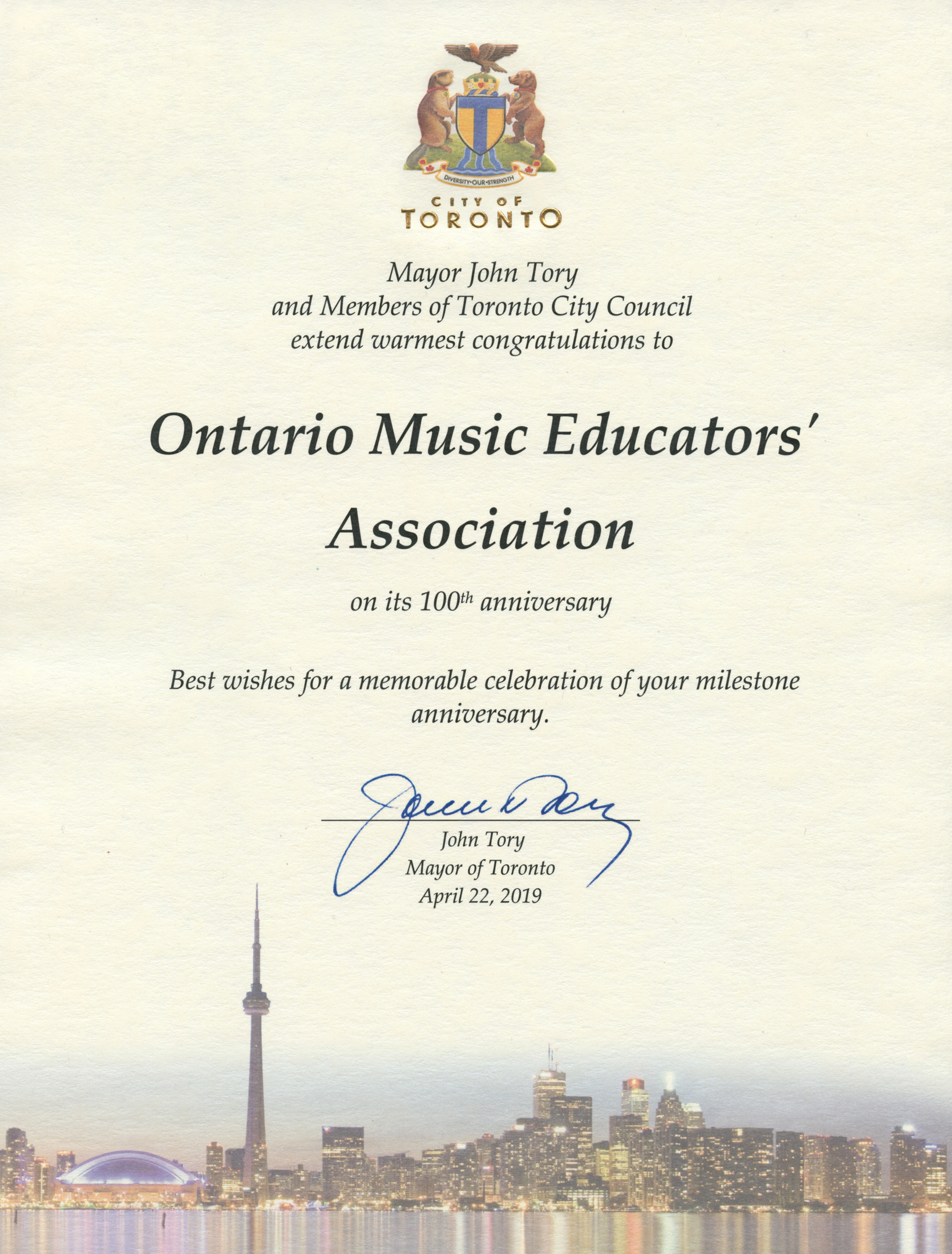 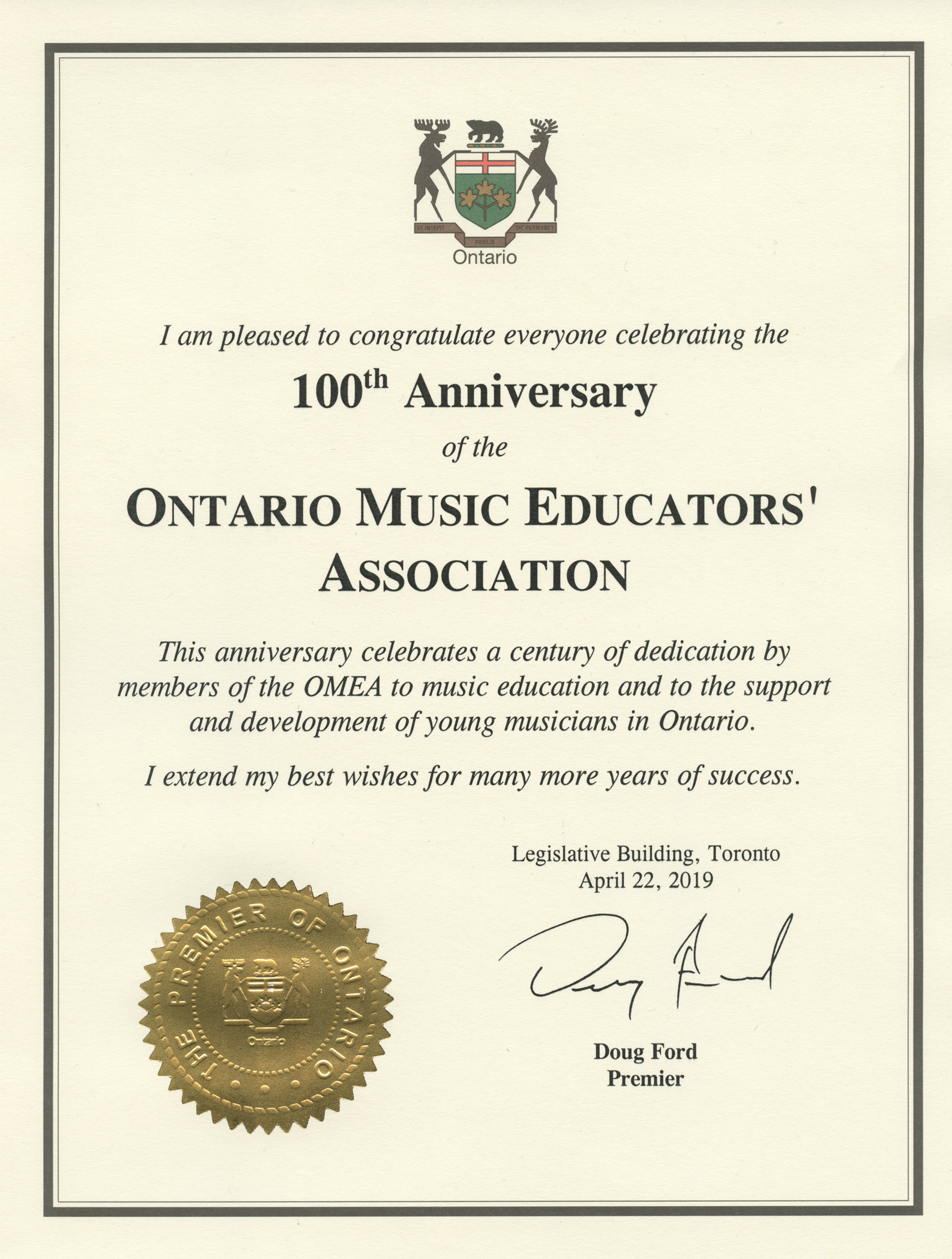 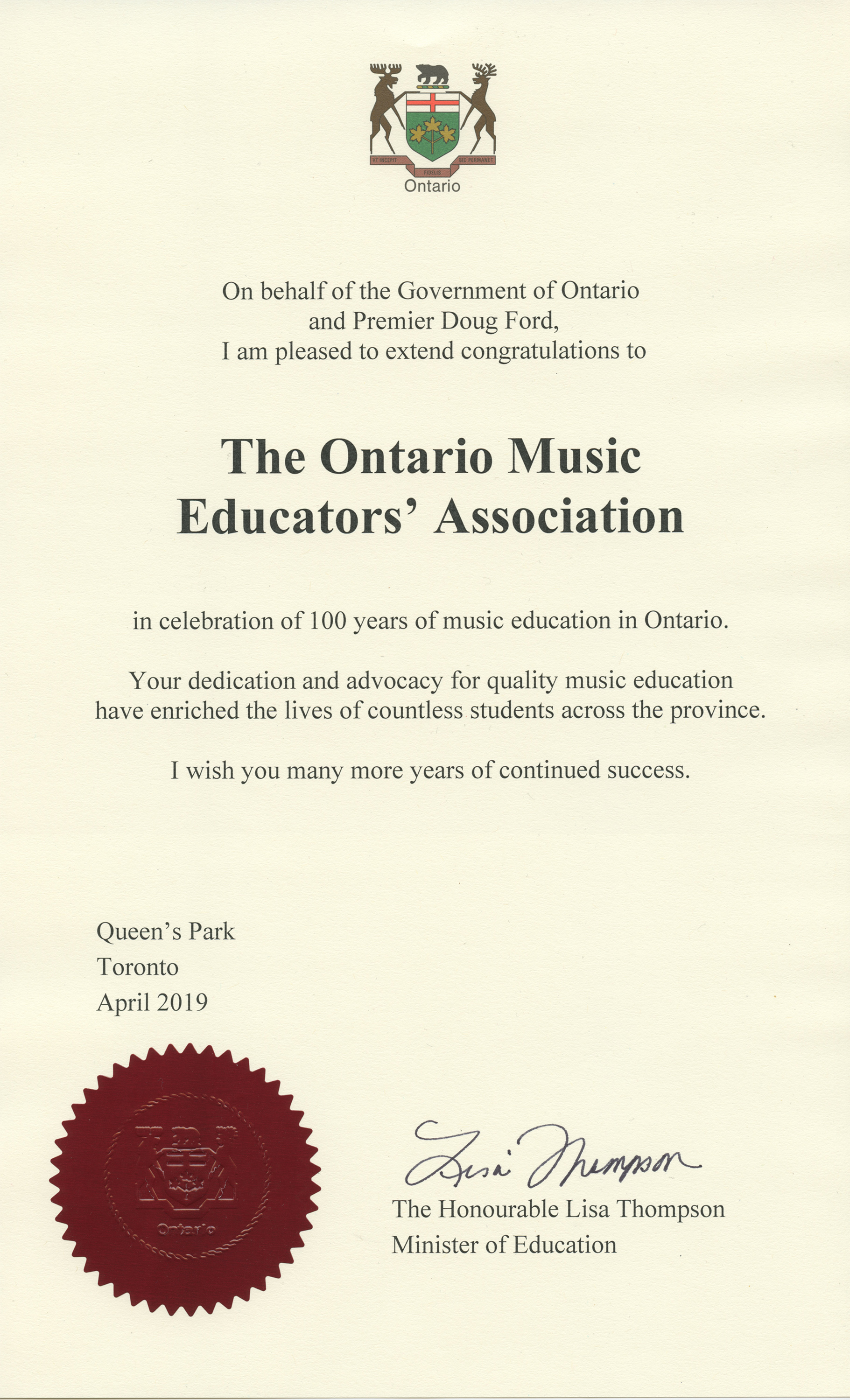 Finally, we reached out to the office of the Prime Minister of Canada 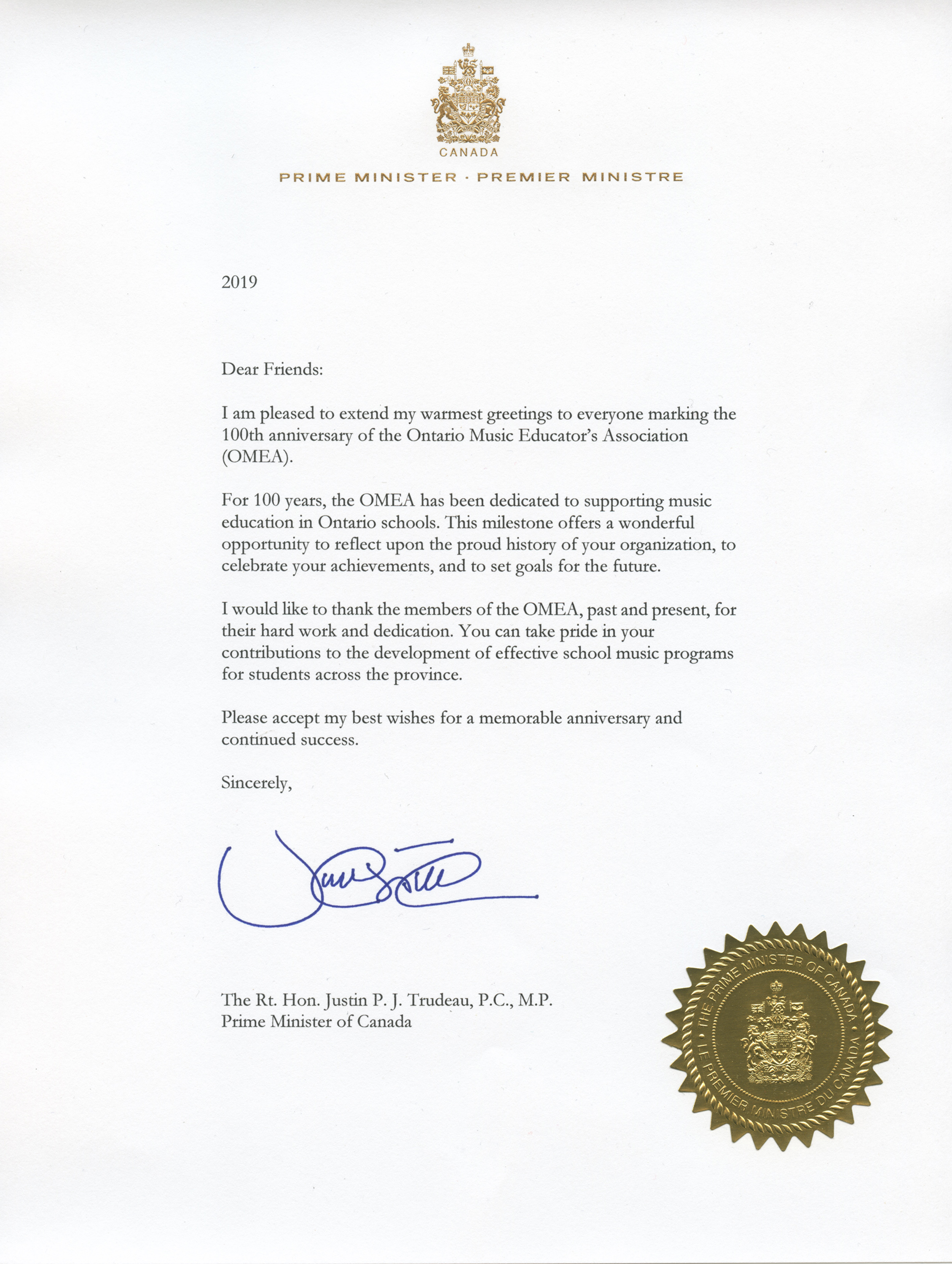 Click Here to read the CMEA ACME Letter to the OMEA

We would like to thank these government officials for the time they took to celebrate our 100th anniversary with us. We look forward to continuing to work with all levels of government to ensure the best possible musical education for all students in Ontario schools.

We continue to monitor the COVID-19 pandemic. Please take a moment to view the below information.

The OMEA is providing PARENTS with Music support while schools are closed.