Registration for our VIRTUAL conference, Con Fuoco 2021, is NOW open. 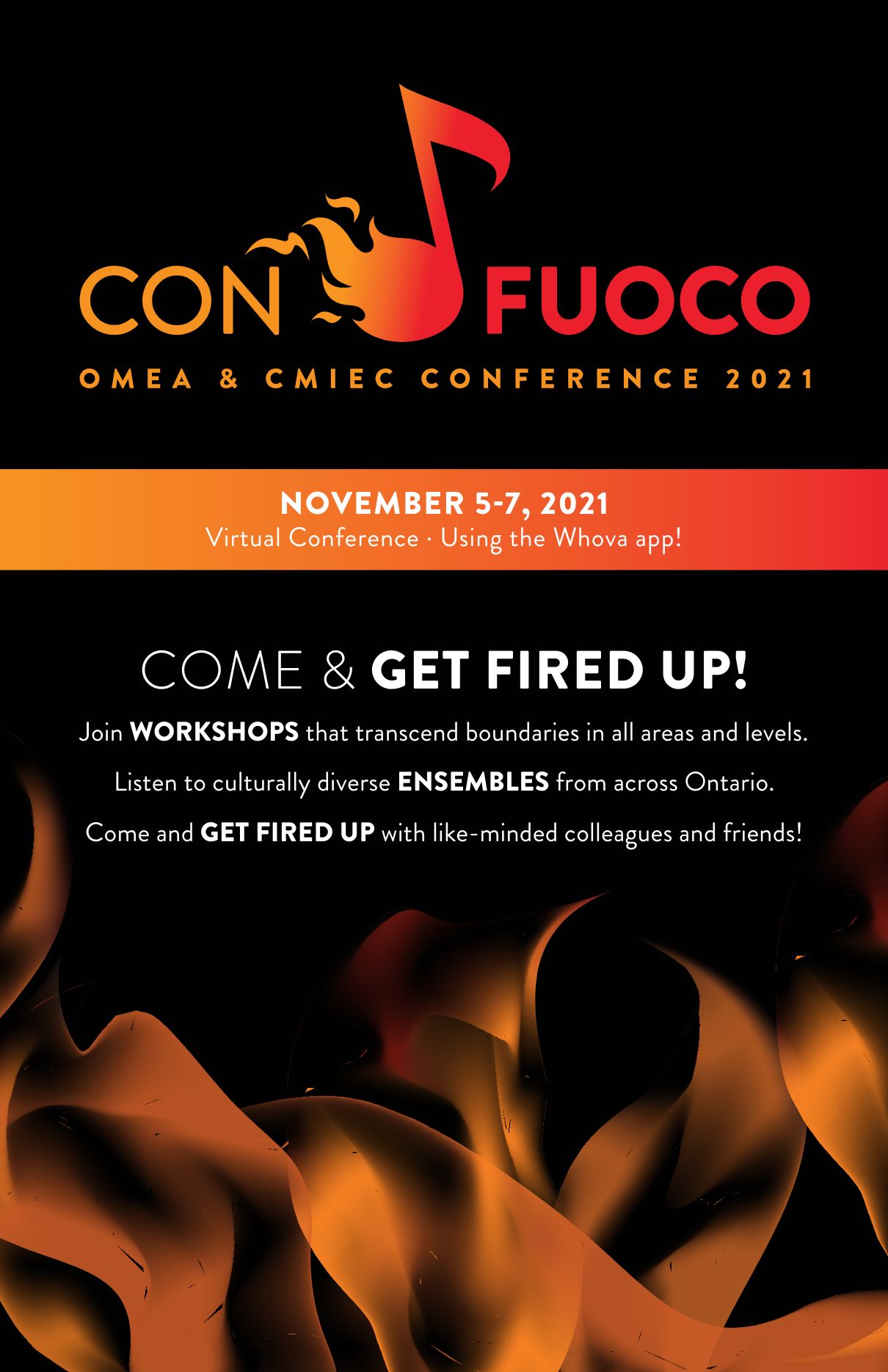 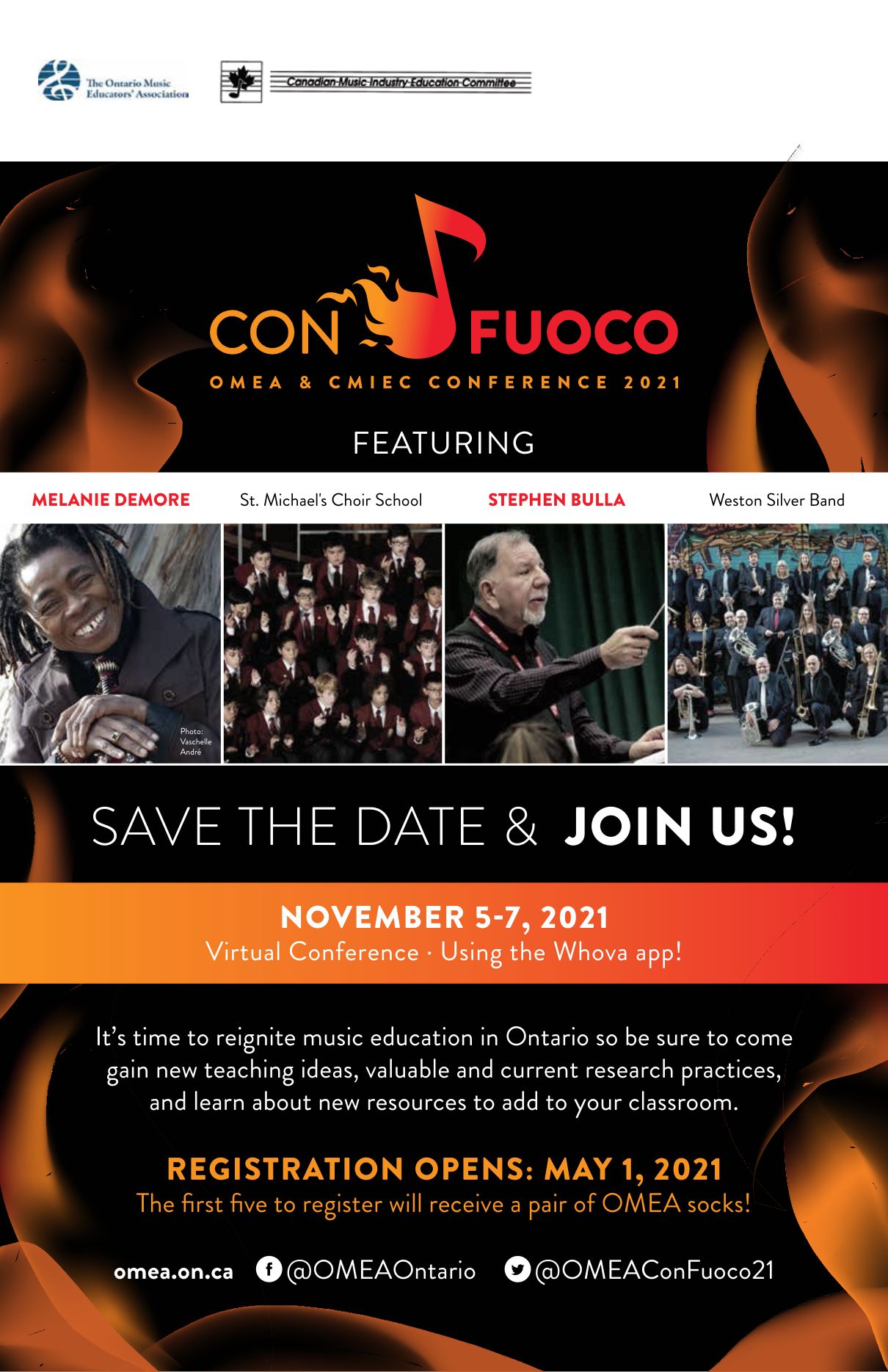 In 1980 he won an audition for the position of Staff Arranger to “The President’s Own” United States Marine Band and Chamber Orchestra in Washington DC. For the next thirty years he would provide musical scores for myriad White House events, beginning with the Reagan era until 2010.

Working alongside film score legend John Williams he has transcribed music from “Star Wars”, “Catch Me If You Can”, and “Close Encounters” for performances by the Marine Band with the composer conducting. He has also scored music for the Discovery Channel (“Wings of the Luftwaffe” and “Century of Flight”) and PBS television series “In Performance At The White House.” Here artists including Sarah Vaughan, The Manhattan Transfer, Mel Torme, Doc Severinsen, Nell Carter, Shirley Jones, Larry Gatlin, and Jordan Sparks performed his arrangements.

His commissioned concert works are performed and recorded internationally. The Dutch, British, Swiss and New Zealand Brass Band Championship organizations have all commissioned test pieces from his pen. According to a recent ASCAP survey his music has been used on the following television programs: CSI Miami, Cold Case, Jag, Joan of Arcadia, Without A Trace, Guiding Light, Ren and Stimpy, 48 Hours, 60 Minutes, and Survivor.

One of many career highlights to date was a commission from the Library of Congress to complete and orchestrate the last known manuscript march of John Philip Sousa. That music with a recording is available free from the Library’s web site.

For fifteen years he conducted the National Capital Band (Washington DC), producing several CDs and touring Australia, New Zealand, Russia, and Scandinavia while directing this ensemble. He presently serves as artistic director and principal conductor for New England Brass Band and Brass Of The Potomac. Both of these fine ensembles are non-profit organizations providing music for community events, arts programs, and educational outreach in local public schools.

Stephen Bulla is a member of ASCAP (American Society of Composers, Authors, and Publishers) and has received that organization’s Performance Award annually since 1984. He travels often as a guest conductor for All-State band events around the country. 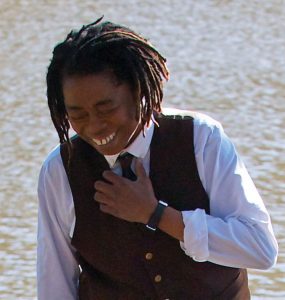 MELANIE DEMORE Born in the Bronx, raised in Anchorage, folks moved all five kids to San Antonio, finished school, got out of Texas, kinda got off on being the only Black folk singer in Taos, N.M, then decided to get back into the mix, took all her stuff and moved to Oakland where she’s been for the last 21 years. Every town Melanie traveled became her teacher and an opportunity to hone her craft as a songwriter, troubadour, and an emissary of tolerance, kindness, and harmony through the sound of her golden voice. She’s traveled the world, was a founding member of the Grammy nominated vocal ensemble Linda Tillery and the Cultural Heritage Choir, and is constantly amazed by her life. But nothing is closer to her heart than bringing people together wherever she is to experience the healing power of music. Whether she’s performing solo, leading stick pounding workshops, doing residencies with choirs all over the country or teaching Sound Awareness to sixth graders, baby boomers, or senior citizens, one thing is certain: her mission is to make sure you unlock the key to experiencing yourself in all your glory and return home with the very same excitement and passion for living that she herself has. When she comes your way, her energy will charge the very air you breathe like a meteor shower, so get ready to rise up! With a solid education in music composition, this accomplished songwriter, composer, choral conductor and former Sister of the Cloth, has a level of understanding as to the pure intention of Music that comes to only a very few in each generation. Life for Melanie DeMore is for the seeking and sharing of light, joy, and deep love for what moves you. If you haven’t heard her yet, rest assured there is only one woman on this Planet whose voice is as deep, resonant, mesmerizing, comforting, and downright jaw-dropping in its power and sensuality as hers is. She has been a formidable presence onstage at such noted venues as Carnegie Hall, the Kennedy Center, international folk music festivals from Europe to Cuba to New Zealand. She has shared the stage with some of the world’s most notable musicians and political activists from Gloria Steinem, Odetta, Pete Seeger, and Judy Collins to Ed Asner, Holly Near, Ronnie Gilbert, and Ani Di Franco. She has been credited with launching and inspiring the careers of many of her students over the years, including Skyblaze/Sony recording artist Goapele. She’s the songwriter’s songwriter, the composer’s composer.

The Call for Clinicians is Closed. See you at Con Fuoco!

The deadline for research proposals is passed, and this section is now closed. See you at Con Fuoco!

All Conference Guide information will be posted on the WHOVA app.

Rate of $60 (HST excluded) for all membership levels (excluding HLM Members* & Student Plus which is $50).

Free student members should sign up for a Student Plus membership to be eligible to register for Con Fuoco.

Your membership must be current through November 7th, 2021 in order to register for Con Fuoco 2021 Online. 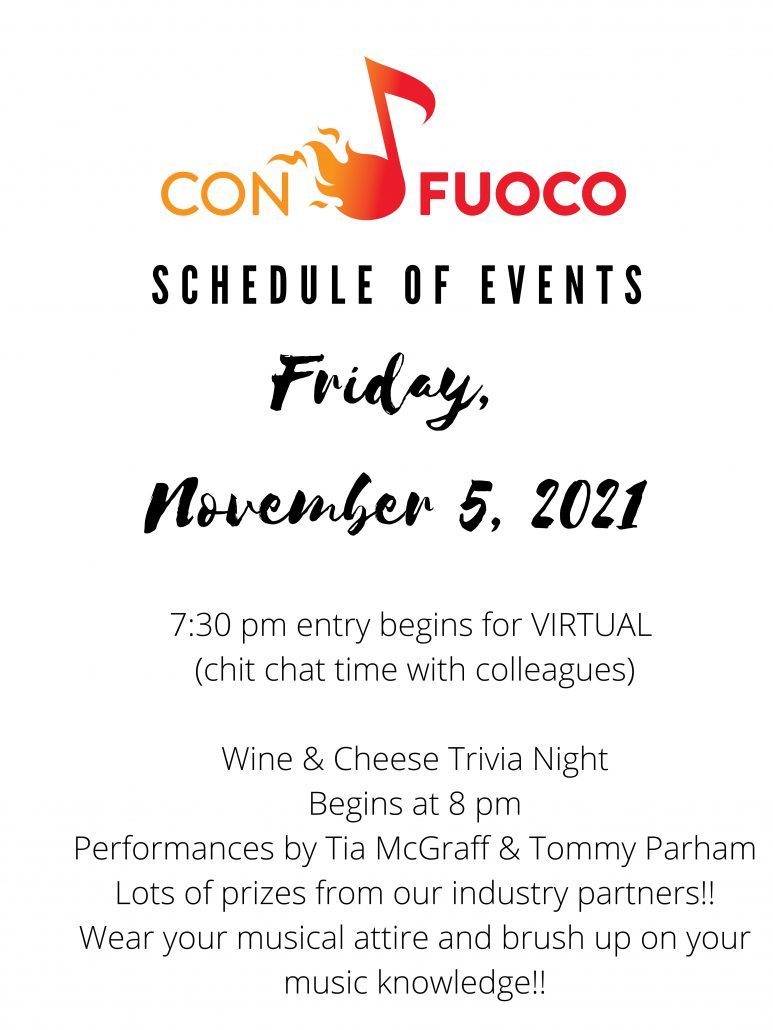 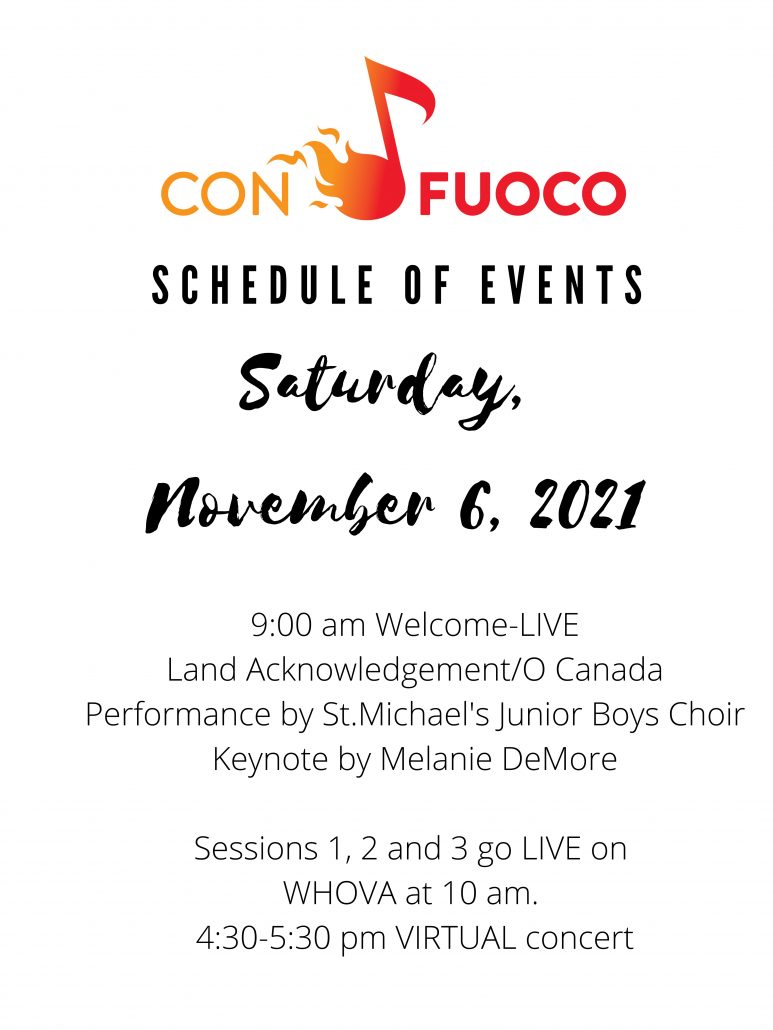 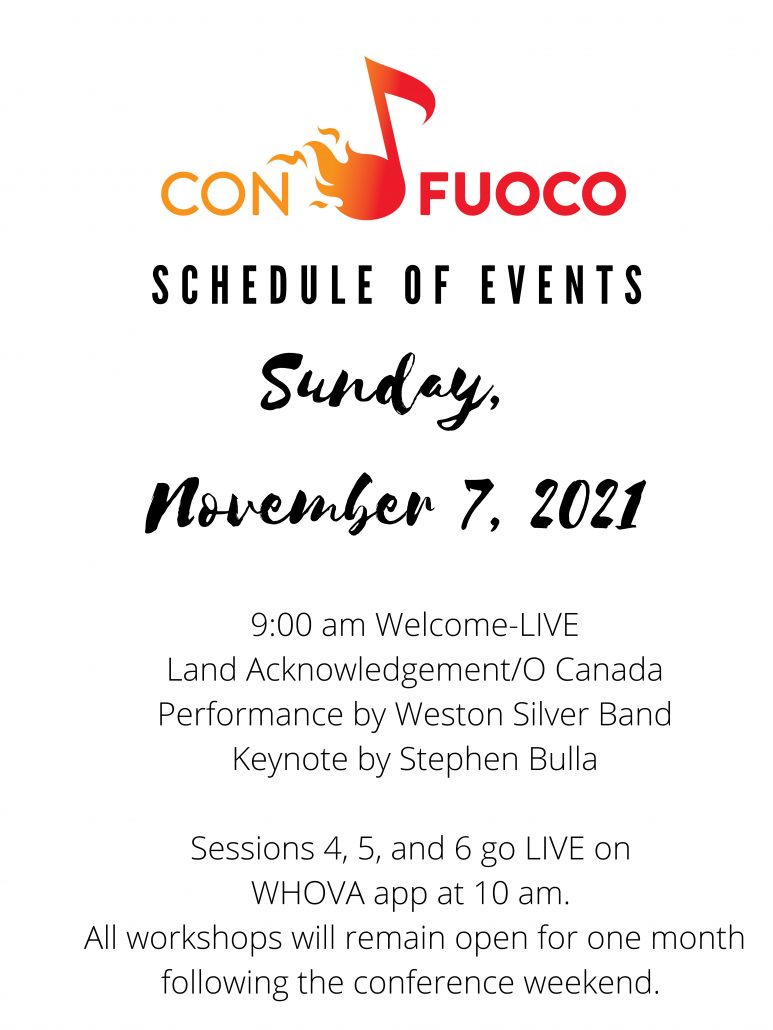 All Industry/Exhibitor information will be posted on the WHOVA app. Interested parties should contact Lynn Gracey for more information about exhibiting at Con Fuoco!

The most up to date workshop schedule is available on the Whova conference app. Email confuoco@omea.on.ca if you are a registered delegate and require access !

The most up to date workshop descriptions are available on the Whova conference app. Email confuoco@omea.on.ca if you are a registered delegate and require access !